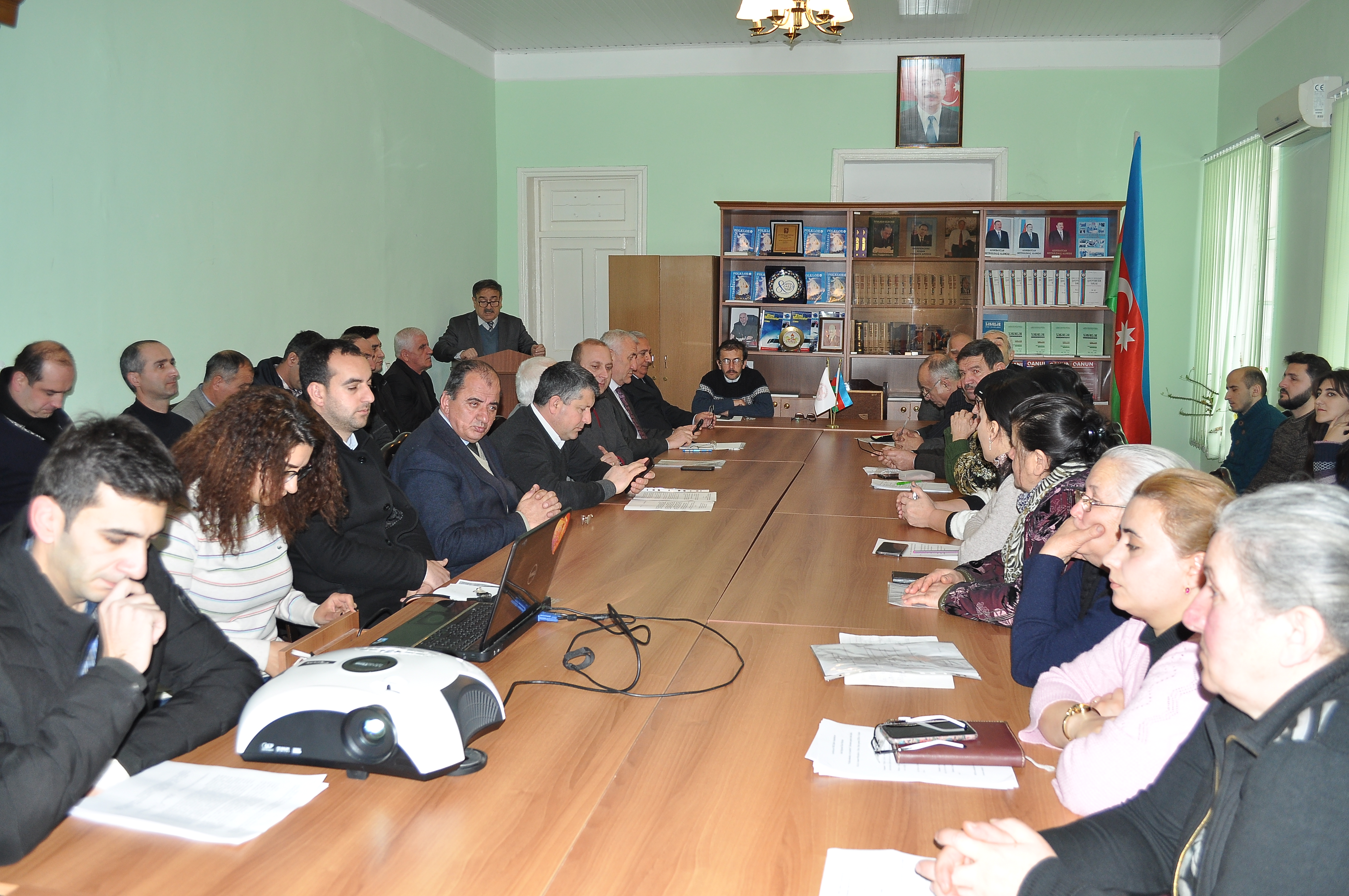 On January 17, 2020 the next meeting of ANAS SRSC was held. There were two issues for the discussion of Scientific Council. First of all, the issue about the affirmation of work plans of the departments and scientific workers of Sheki Regional Scientific Center was discussed. In the Council all the department heads of SRSC were accompanied with the discussion of five years work plans for 2020-2024. The second issue was introduced by the director of SRSC, docent Yusif Shukurlu with the title of “The initial variant introduction of the report for 2019 of Sheki Regional Scientific Center in the Presidium of ANAS”.   In the discussions around this issue the members of Scientific Council meeting demonstrated activity.

In the Scientific Council meeting a number of issues commented on.