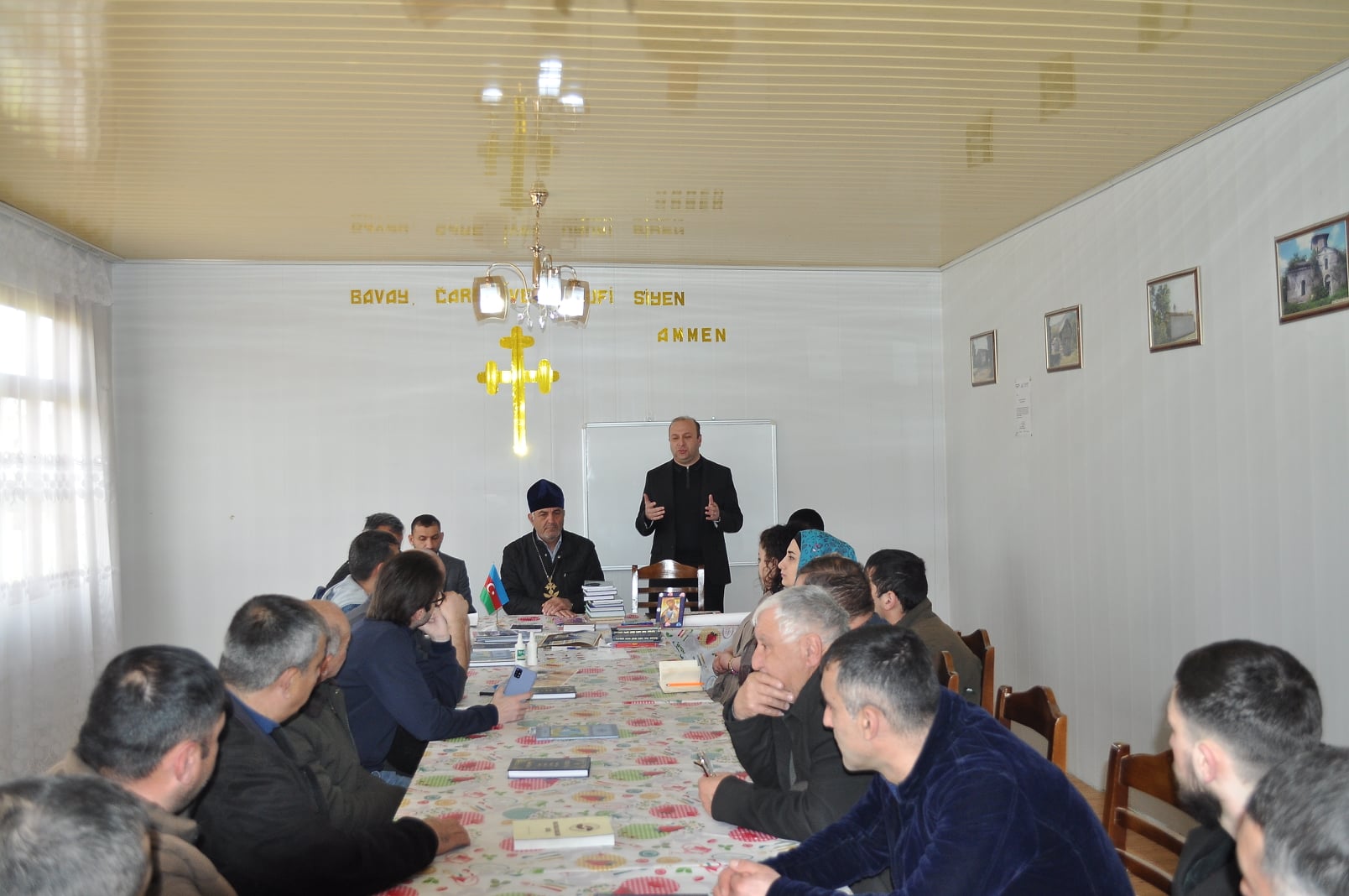 Opening the event, deputy chairman of the Albanian-Udi christian community Rafig Danakari conveyed the greetings of Gabala Executive Power to the participants and wished them success in their work. He sincerely thanked the leadership of ANAS Sheki RSC for their cooperation in the implementation of such an important event. The scientific secretary of Sheki RSC Elshan Abdurahmanov spoke about the order of the President of the Republic of Azerbaijan Mr. Ilham Aliyev dated April 9, 2018 on the celebration of March 27 as "SCIENCE DAY" and the essence of the decision of the Presidium of the Azerbaijan National Academy of Sciences dated March 11, 2022 7/1. He thanked the head of Socio-Political and Humanitarian affairs department of Gabala region Ataya Osmanova for the high level of organization of the event and the created conditions.

Then head of the "Historical Heritage and Ethnography" department of Sheki RSC Rahim Hasanov made a report entitled "Armenian provocations in northwestern Azerbaijan, attempts to Gregorianize the Udins." The employee of the department Habil Khalilov's report "The concept of Jesus Christ in the Holy Quran", the scientific secretary of Sheki RSC E.Abdurahmanov "Udin issue in Albanian studies: historical-cultural, ethnographic research" were met with interest.

As a continuation of the event, the participants visited the ethnographic museum "Udin Ocagi" and the Church of the Blessed Virgin Mary "BULUN".