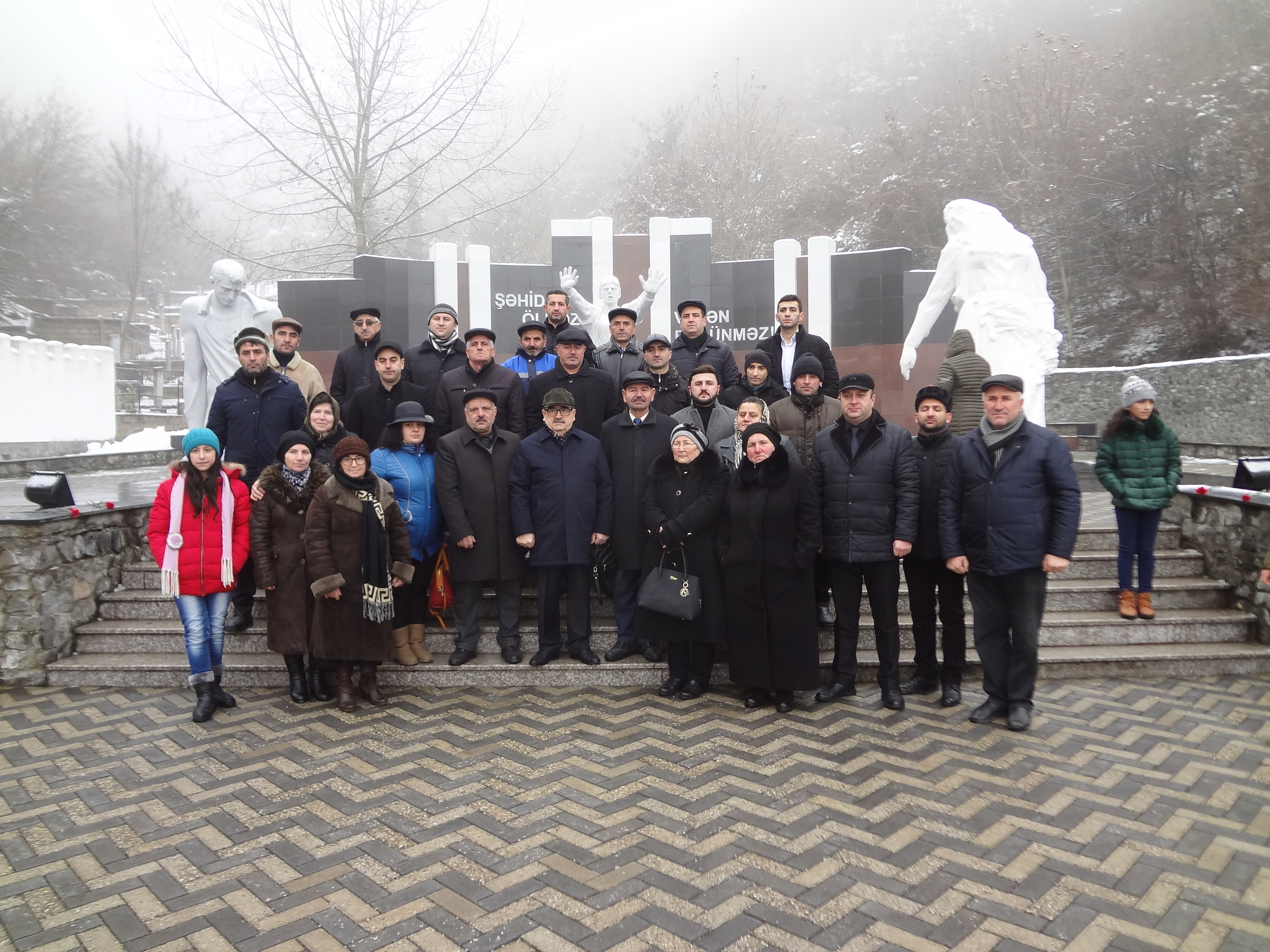 The employees of ANAS Sheki Regional Scientific Center took part in a citywide meeting in Sheki for the 30th anniversary of January 20 tragedy
Jan 20, 2020 | 11:27

On January 20, 1990, as a heroic page in the history of the struggle for freedom and territorial integrity of Azerbaijan, the brave native land children  who glorified the freedom, honor and dignity of their country and people, passed through their lives and reached the peak of martyrdom. The tragedy of January 20, which resulted in the massacre of innocent people, showed the struggle, tyranny and pride of the Azerbaijani people, who did not tolerate the treacherous policy of the criminal empire against Azerbaijan. These ideas were sounded at the city meeting on January 20, related to the thirtieth anniversary of the January 20 tragedy.
City leader, labor collectives, community members, war and labor veterans, young people came to the Alley of Martyrs which situated in the mountainous area of Sheki in the morning, laid red carnations on the tombs, remembered their memory with great respect. At the city meeting head of Sheki Executive Power Elkhan Usubov made a speech and said that January 20 events were an attack on the national identity and spirit of our people. He stressed that the Azerbaijani people hadn’t lost its pride in this bloody event and its will hadn’t been broken. January 20 that written as an unforgettable tragedy in the memory of our people is also a heroic page in the history of our people. Although we celebrate January 20 as a sad day, we also remember that glorious night with great pride.
It is noted that today, important measures are realized in the direction of solving the problems of war veterans, families of martyrs and disabled by President of the Republic of Azerbaijan Ilham Aliyev. The first Vice President of the Republic of Azerbaijan Mehriban khanim Aliyeva and Heydar Aliyev Foundation work hard for solving the problems of the families of 20 January martyrs, victims of the tragedy, and restoring their health. Chief of the Sheki city department of the State Service for Mobilization and Conscription, colonel-lieutenant Yalchin Sadigli, chairman of the district department of Karabakh War Veterans, Disabled People and Families of Martyrs Public Union Mammadnuru Azizov valued the service of common lider Haydar Aliyev in revealing the sinners of the tragedy, legal and political evaluating of January 20 events, eternalizing the martyrs' names. At  12 o’clock in all settlements of the region, the memory of the martyrs was commemorated with a minute of silence.