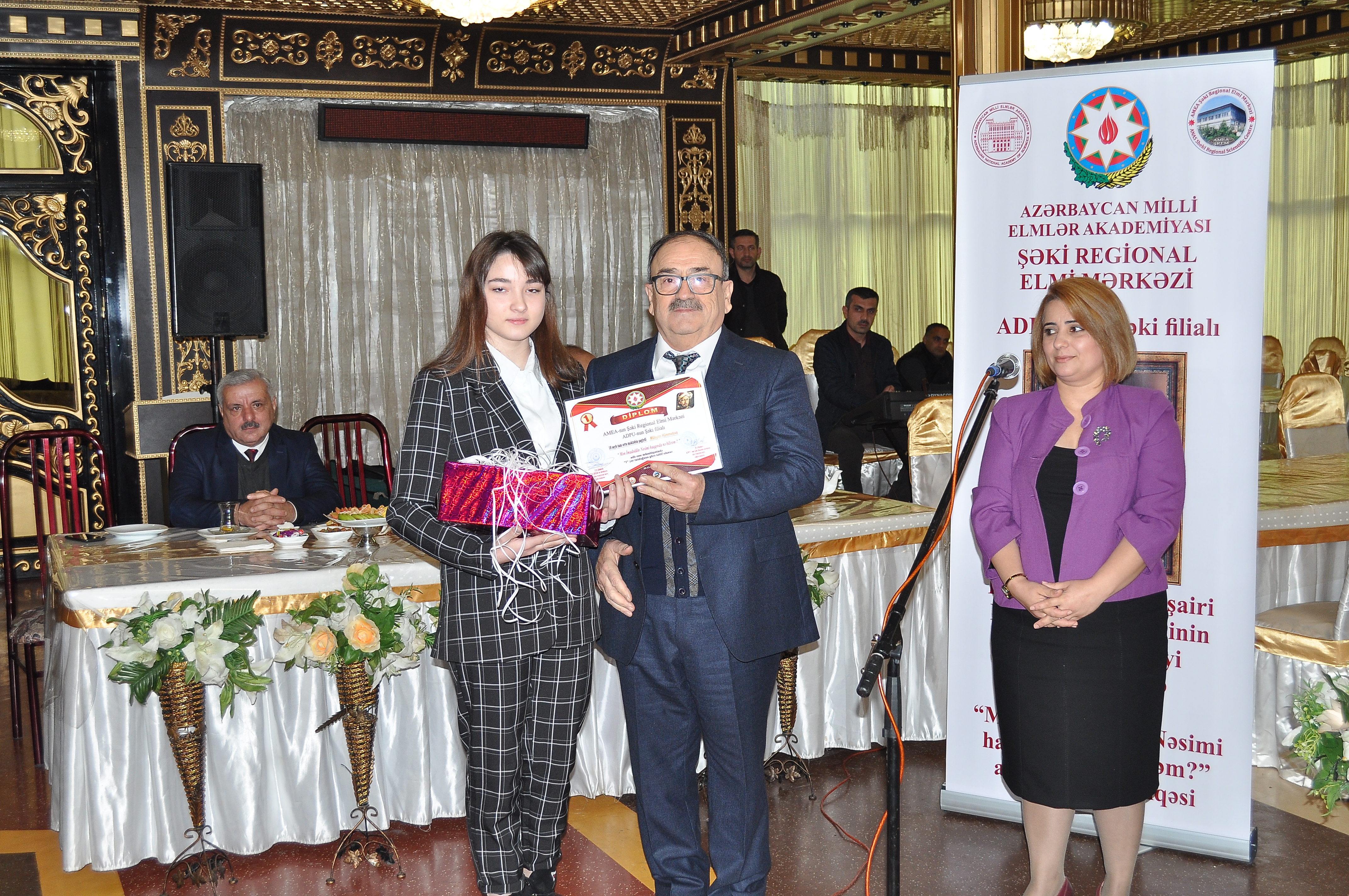 On December 7, 2019 with the organization of Sheki Regional Scientific Center of Azerbaijan National Academy of Sciences, Sheki branch of ASPU and Young Scientists and Specialists Council of SRSC Award ceremony of essay competition named “What I know about Imadeddin Nasimi”was held among pupils of the VIII-XI classes of secondary schools of Sheki region. In the ceremony organiden in Chelebi khan restaurant, the delegations of the two collective, well-known intellectuals, competition participants, delegations of parents and schools participated.

The director of ANAS Sheki Regional Scientific Center, PhD on physics-math, docent Yusif Shukurlu greeted the participants and stressed realizing as a part of series of events for announcing 2019 as “Nasimi year”. He informed the role and action directions of Scientific Center in the region. At the end he was grateful to the participants and the people in researching this competition.

After it head of “Folklore and crafts” department of ANAS SRSC Pakize khanim Zakizova informed widely about holding essay competition and explained the result of the competition. All the participants awarded with certificates and book gifts belonging to the publication of Scientific Center. In addition diplomas and valued gifts introduced to the participants as 1st place (1 person), 2nd place (2 people), 3rd place (2 people) and encouragement (3 people). Generally, the winners of the competition that participated 39 pupils from 15 general education schools were the followings: