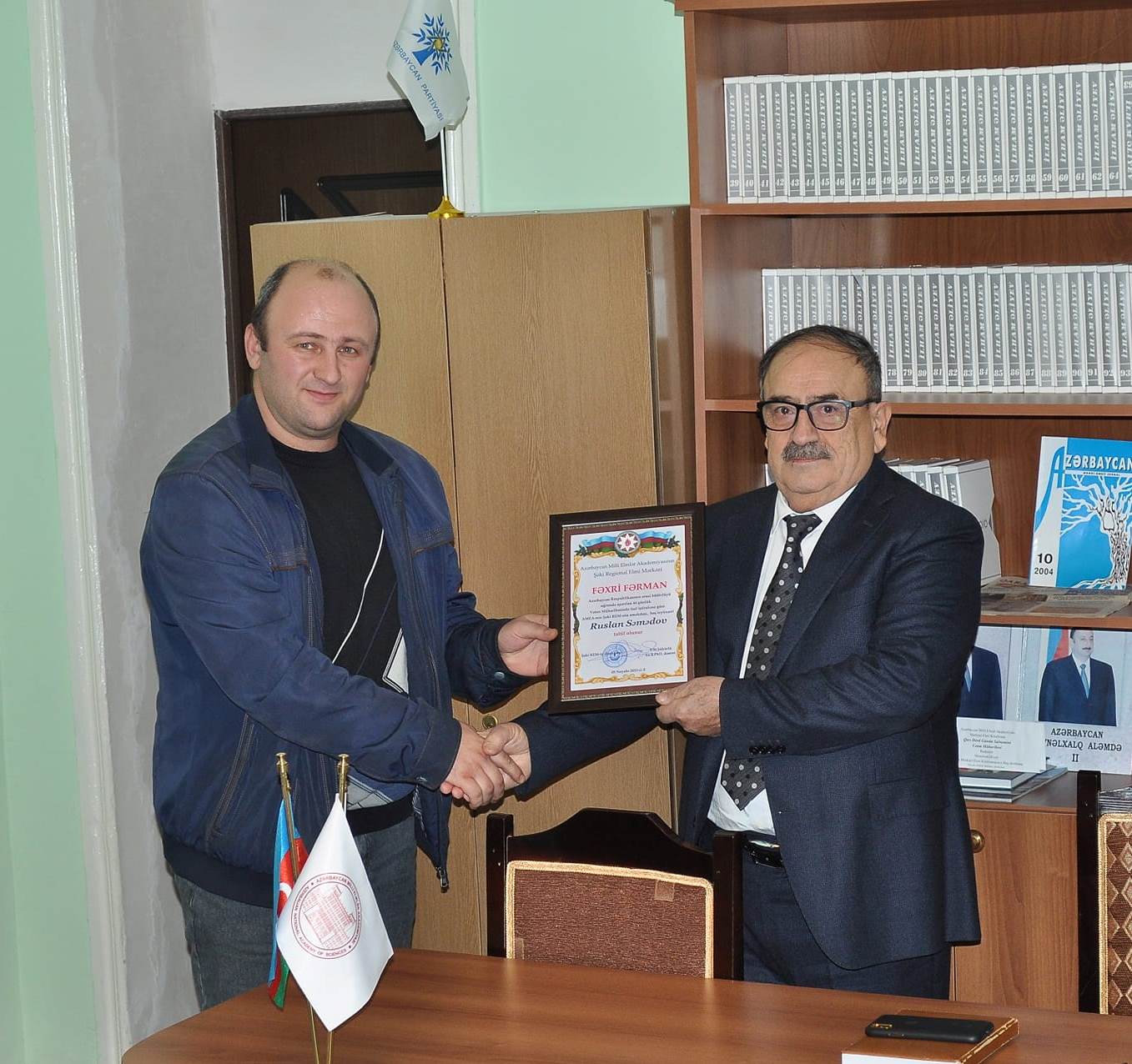 On November 5, 2022, an event was held on the occasion of "VICTORY DAY" and "STATE FLAG DAY" in the assembly hall of Sheki RSC of ANAS. The director of SRSC, docent Y.H. Shukurlu, made a speech on the topic "Heroes of the Karabakh War". He congratulated the employees for the victory in the Second Patriotic War. He noted that the military-political doctrine introduced by the President of the Republic of Azerbaijan, Supreme Commander-in-Chief Ilham Aliyev, the sacrifice of our martyrs and veterans, and the unity of the people played an important role in achieving this historic victory. The souls of our compatriots who were martyred in the Second Karabakh War were remembered with a minute of silence. The head of the "Landscape" department of the scientific center is PhD on geo.min. Mustafabayli noted that the economic, material and moral wounds inflicted on Azerbaijan as a result of the terrorist policy carried out by the Armenians in the Karabakh region for nearly 30 years will be gradually eliminated with the victory of this victory, and there is hope that intensive life and living will be restored in those lands as a result of the policy conducted by the country's leadership. Then Ruslan Samadov, a participant in the Second Karabakh War, a reserve officer of the armed forces, editor of Sheki RSC spoke about his war memories, the fighting spirit and courage of our soldiers and officers. Later, Yusif Rahimov, the head of the "Ecological Geography" department, noted that his three children participated in the Second Karabakh War - two were journalists, and one son was a professional military officer. He talked about his children's war memories and emphasized that the goal set by the country's leadership, the high level of military-technical support, and the victory was the logical result of the implemented policy. At the end of the event, senior lieutenant Ruslan Samadov, an employee of Sheki REM of ANAS, was awarded with the "ORDER OF HONOR" for being an active participant in the 44-day Patriotic War.