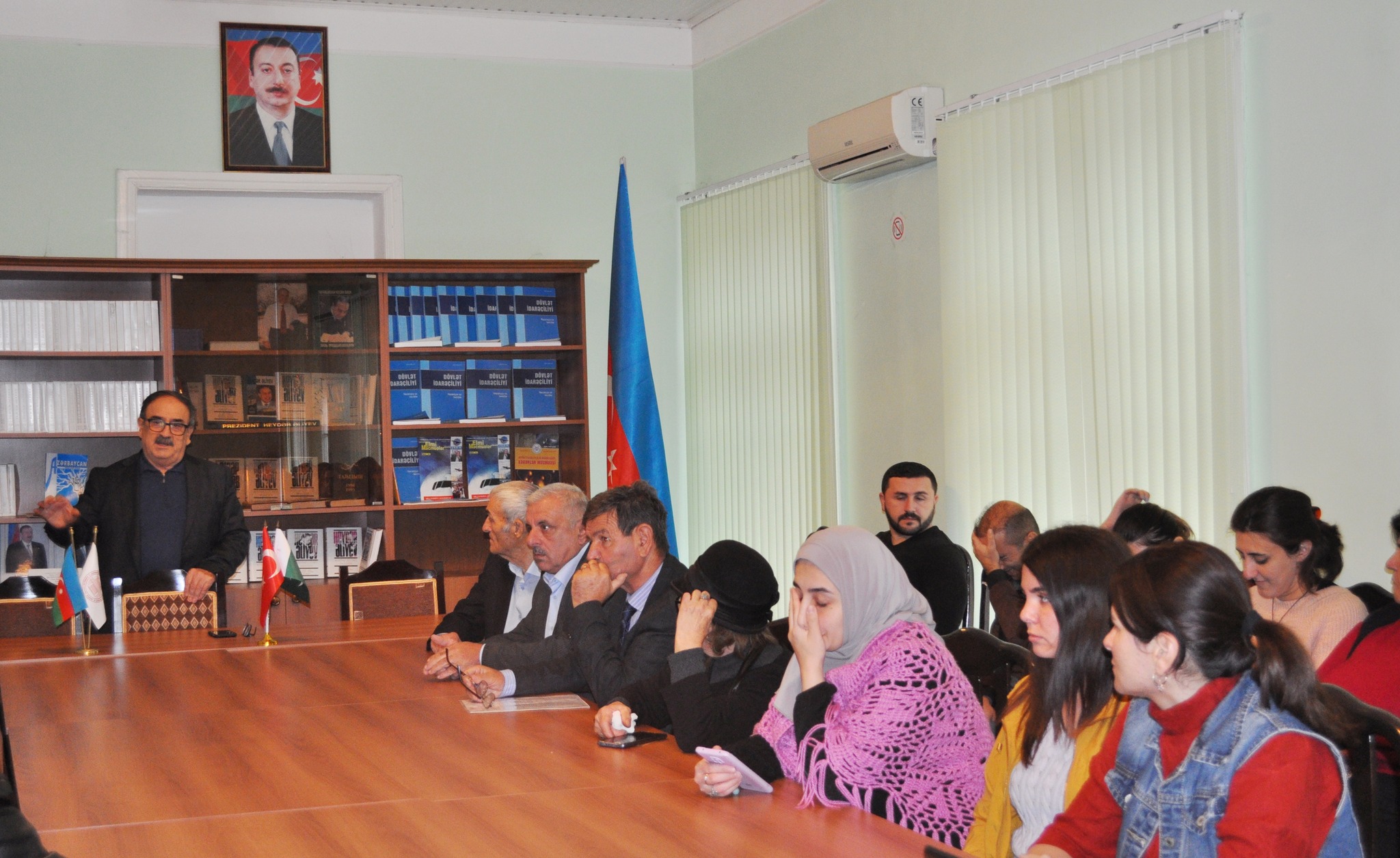 On October 18, 2022, an event was held in Sheki RSC of ANAS on the occasion of "October 18, the day of restoration of state independence of the Republic of Azerbaijan". First of all, the souls of our compatriots, who were martyred for the freedom and territorial integrity of our country, were remembered in silence.

Opening the event, the director of Sheki RSC, PhD on physics, docent Yusif Shukurlu congratulated the event participants and spoke about the importance of marking this day as one of the significant events in our history. In his speech, the speaker noted that the policy implemented during the leadership of the national leader H. Aliyev to the Republic of Azerbaijan was of special importance in the direction of strengthening state independence. Attention was drawn to the purposeful activity of the President of the Republic of Azerbaijan, the supreme commander-in-chief Mr. Ilham Aliyev for strengthening our independence.

PhD on Geo.min.  Huseyn Mustafabayli made a speech and looked at the path leading to the restoration of state independence.