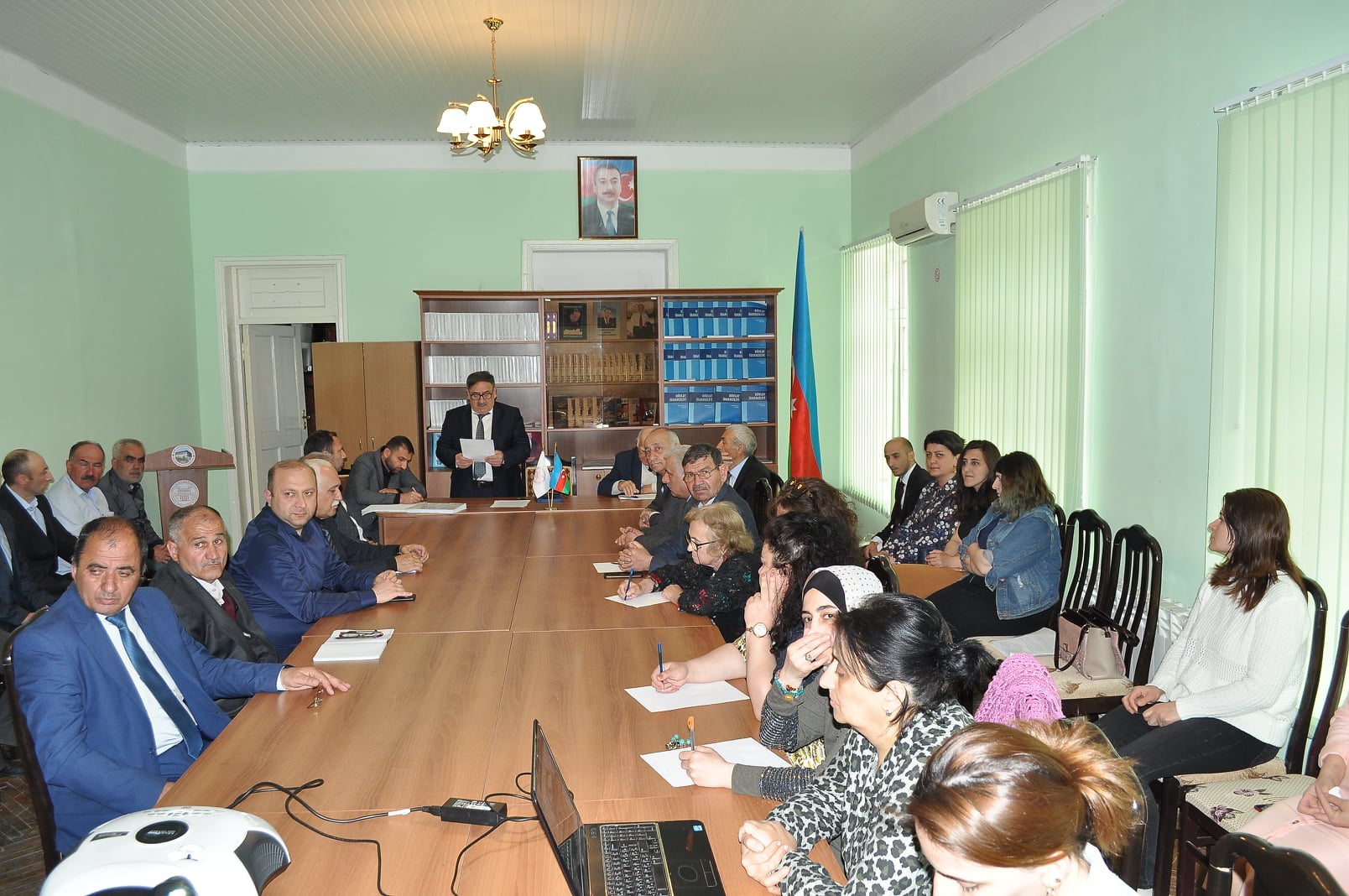 On April 29, 2022, the next meeting of the Scientific Council of Sheki RSC of ANAS was held. The director of the scientific center, PhD on physics, associate professor Y.H. Shukurlu acquainted the council members with the current issues and wished success in its work. The agenda was put to a vote and adopted. Then the discussion of the issues on the agenda began. A minute of silence was observed in connection with the death of N.A. Novruzov, a member of the Scientific Council, a leading researcher of the “Landscape” department, doctor of geological and mineralogical sciences. E. Abdurahmanov, scientific secretary of Sheki RSC, said that G.M. Agabalayev, a researcher of "Ecological Geography" department, was awarded the degree of Doctor of Philosophy in Geography by the Higher Attestation Commission under the President of the Republic of Azerbaijan. He was recommended for membership in the Scientific Council. The issue was discussed, put to a vote and G.M. Agabalayev was included in the membership of the Scientific Council. Information on the activities of the “Scientific and Technical Information”department of Sheki RSC was heard. The Scientific Council also discussed proposals for the implementation of the "Roadmap for 2022 to improve the international ranking of scientific publications".  Director of the Scientific Center, Associate Professor Y. Shukurlu informed the members of the council about the issues discussed at the general meeting of ANAS on April 27, 2022, the proposals put forward. Then, the book prepared on the occasion of the 50th anniversary of Sheki RSC and the existing problems related to the upcoming international conference and the work to be done was discussed. Then, elections were held for the positions of junior researcher, scientific researcher, and department head in the relevant departments of Sheki RSC.