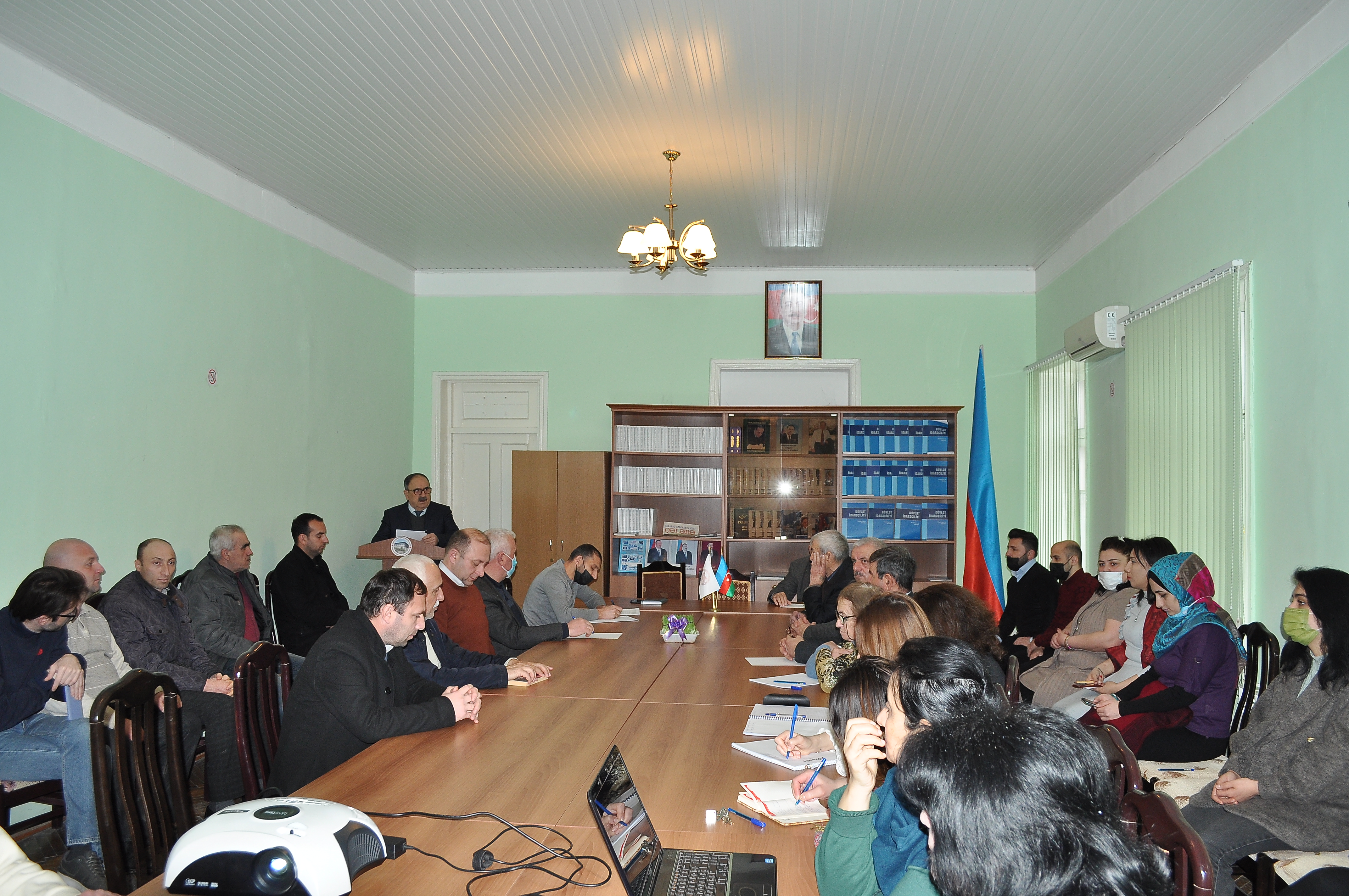 Opening the meeting, the director of Sheki RSC, PhD on physics, docent Y.H. Shukurlu acquainted the meeting participants with the agenda. The agenda was adopted by a daily vote. Docent Y.H. Shukurlu acquainted with the main issue of the agenda - the decision of the Presidium of ANAS dated March 11, 2022 No. 71 on "Science Day" on March 27. He spoke about the importance of proper implementation of the duties and tasks arising from the decision by Sheki RSC. The scientific secretary of Sheki RSC E.Abdurahmanov spoke about the activities planned by the Scientific Center in connection with the "Science Day" and their essence. Then the issue of awarding honorary diplomas, diplomas and letters of appreciation to the Presidium, scientific departments, scientific institutions and organizations of ANAS for outstanding employees in the scientific and scientific-organizational activities of Sheki RSC was discussed in connection with the "Science Day". It was recommended to present a group of employees to the leadership of the Academy in order to present them with appropriate awards.