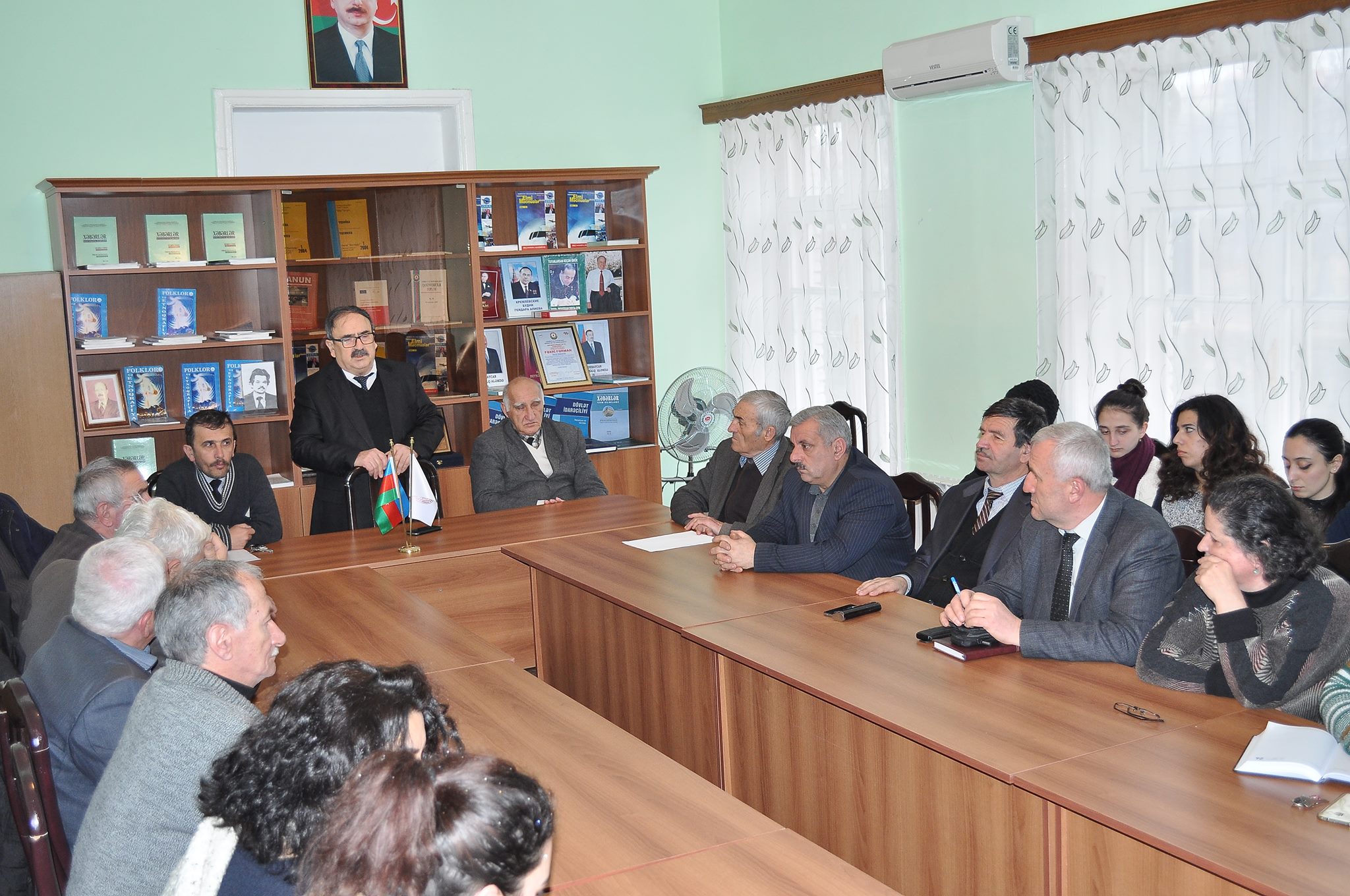 The event related January 20 has been realized in

The event related to the anniversary of January 20 has been realized in ANAS,  Sheki Regional Scientific Center. Yusif Rehimov, employee of SRSC, said that, our sisters and brothers gave their lives for the independence of Azerbaijan 27 years ago. To him, the life of martyrs  not only 20 January, but also in the battles for Karabakh is an example for the youth: “"protection and delivering of national and moral values to the young generation, as well as our state, spirituality and  intellectual people have to do their best".

Hussein Mustafabeyli expressed his opinion like that: "In fact, the tragedy of  January 20 was the beginning of the plans of those who want  the civil war in Azerbaijan". The orator spoke about the events of that time, the tragedy of people.

The director of SRSC Yusif Shukurlu informed about January 20, and spoke about the assassinates of many sinless people by soviet troops. He noted that, although the soviet regime wanted to drown independence dreams of Azerbaijan people, he didn’t achieve his wish, and Azerbaijan retrieved its independence.

In the end Reyhan Miqdadkizi learnt by heart “ But the world turns” poetry of Bakhtiyar Vahabzadeh.